FDA has released form 483 issued to Gilead Sciences, Inc. Summary is given below:

A manufacturing and distribution facility operated by US biotech Gilead Sciences is at risk of receiving a warning letter from the FDA unless management can bring it back up to scratch.

The plant in San Dimas, California, underwent a routine inspection by the US regulator in January and February 2010 which resulted in a number of deficiencies being recorded via a Form 483 (a notice of inspectional observations).
The issues uncovered by the inspectors included problems with the maintenance of aseptic processing conditions in the manufacturing suite for Gilead's antifungal product AmBisome (liposomal amphotericin B), as well as environmental maintenance issues in the site's warehousing facility.
In addition to AmBisome which brought in $155 million of the firm's total sales of $3.6 billion in the first six months of 2010, the San Dimas site also makes Gilead's cystic fibrosis treatment Cayston (aztreonam for inhalation) and provides filling and finishing of the firm's Macugen (pegaptanib sodium injection) for age-related macular degeneration, a leading cause of blindness.
The manufacturing problems do not appear to affect any of Gilead's HIV treatments Truvada, Atripla and Viread, which account for the bulk of its sales and are packaged at the San Dimas facility. ....

Who distributes Tamiflu and how is it manufactured?

Oseltamivir is manufactured of llicium floridanum, or Chinese Star Anise, an herb indigenous to southeast Asia. During a 10 step process which takes a year to complete and involves some fairly precarious high explosive work, Shikimic acid is extracted from the plant and serves as the active ingredient in Tamiflu. It is refined into oral capsules as well as a spray for inhalation, and an injectable delivery system is presently being tested.

In a slightly off topic note, a warning was initiated by the FDA back in 2003 to avoid Star Anise teas, which were being marketed increasingly in the wake of the initial flu pandemic fears, due to an outbreak of illnesses including serious neurological effects such as seizures, vomiting, jitteriness and rapid eye movement. It was believed to be caused due to a contamination of Japanese Star Anise, a similar species of tree which is a known poison.

Oseltamivir itself was invented by Gilead Sciences Inc. in 1996, and due to lackluster sales the commercial and manufacturing rights were quickly sold to Roche of Switzerland - named top corporate criminal of the 90's by the Multinational Monitor - in exchange for annual royalties. Four years ago a dispute was settled in which Gilead charged Roche with failing to adequately promote and produce the drug as well as contamination issues and invoked a contract clause to demand the return of all commercial and manufacturing rights, which was settled by a payment of retroactive royalties as well as the creation of a body to promote globalized production of generic Tamiflu - somewhat coicidently in stride with a renewed burst of fear mongering in the media provoking a massive stockpiling of the drug. In the time since, amidst fears of global pandemic, stockpiling has gone global with countries everywhere scrambling to purchase the drug, which sells for upwards of 100$ a dose - with the increased demand leading to Roche outsourcing much of the production process - setting the stage for windfall profits.


What are the side effects of Tamiflu? 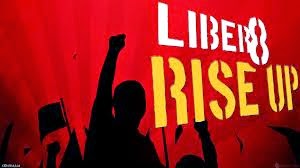